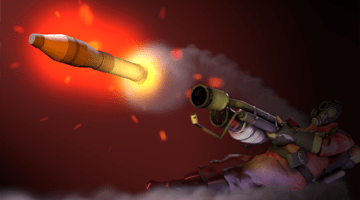 Dodgeball is a gamemode in Team Fortress 2, a game produced by Valve, in which two teams must deflect a homing rocket until a player fails to do so.
The dodgeball plugin works by hardcoding the physics in a config file.