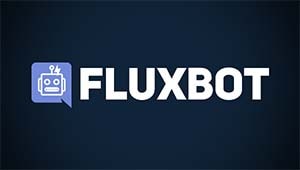 FluxBot is a Discord bot implemented in Node.js to handle many administrative duties, as well as provide admins permissions with an additional layer of control.

FluxBot implements these features among others:
• Role automation for donators using MySQL to add/remove the role when it expires.
• RCon (remote console) access to the Team Fortress 2 servers, a permission usually only for the server owner. Any Discord admin can use RCon to any server, with a limited array of commands.
• Discord administration allows Discord admins to instruct the bot to ban, kick, and mute other members of the server.
• SFTP uploads files to each server
• SSH executes and receives SSH commands
• Learning chatbot built on Ector, using concept and semantic networks.

Fluxbot can be interacted with here