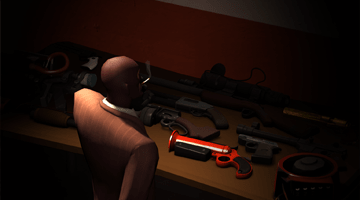 Arms Race/GunGame is a popular gamemode in FPS game, originating in Counter Strike, and being adapted by the Call of Duty franchise.

GunGame Redux is a ground-up rewrite of the original TFGunGame plugins from 2011 that are no longer functional.
The rewrite brings new features along with the old mechanics:

• Kill to rank up and get new weapons
• Config based ranks allows any server operator to change the ladder easily
• Scoreboard manipulation the game's scoreboard reflects the users rank, both promoting and demoting.
• Particle systems surround the player's weapon on the final rank, and on the leader of each team.
• Cookies that track each players number of rounds won.