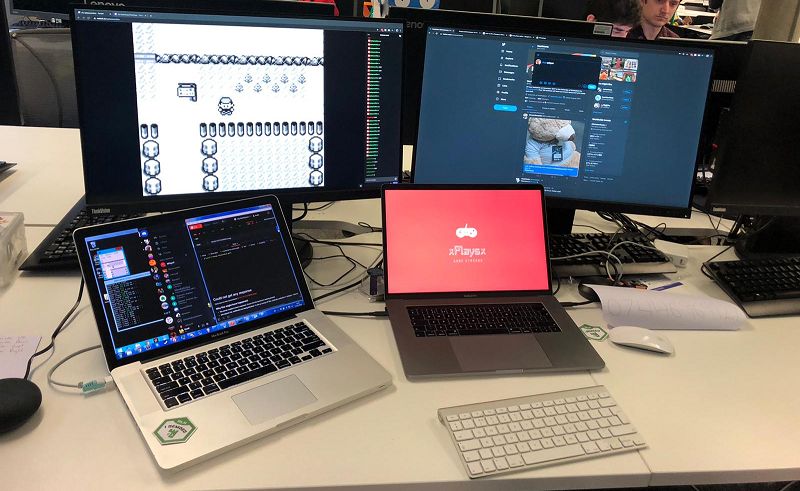 xplaysx was a hackathon project from HackNotts 2019 I made with 2 friends in 24 hours, which won 2nd best hack, and the prize for best Twilio integration.

It allows people on many different platforms to play a single Gameboy/Gameboy Advanced game together by sending single inputs at a time, focusing on the idea of 'collective chaos' - any person plays any game. The game was then livestreamed on Twitch.tv.

• Express server as primary endpoint which recieves traffic from our collection of bots, and writes to a:

• Live game switching lets certain users change the current game via an endpoint, which the emulator will pickup and load the corresponding ROM for.